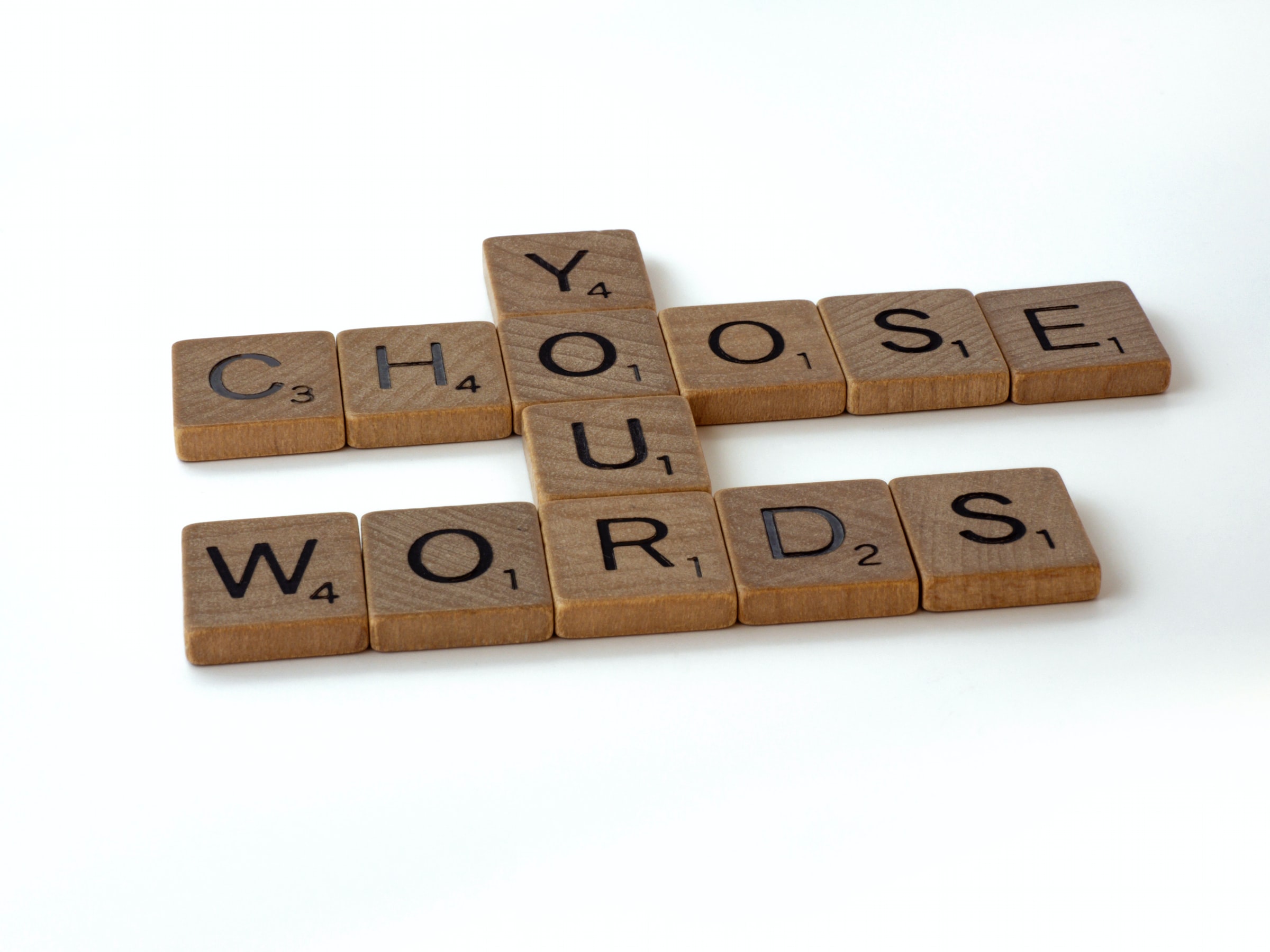 Anyone who has translated a text from one language to another knows that a word-for-word replacement won’t do. This is one of the many exciting challenges of translation: using different strategies to communicate the meaning of a text from one language to another. The task of the translator is to fit the meaning of the text into the framework provided by the target language, taking into account the rules for syntax, different parts of speech, and punctuation, to give a few examples.

One specific challenge for translators working from German into English has to do with the different uses of prepositions. The German language uses prepositional phrases more frequently and freely than in English and can place them in various parts of the sentence. English doesn’t allow for the same amount of flexibility in word placement within a sentence and adheres largely to the subject + verb + object order. Because German often uses nominalization (anwenden → die Anwendung / to use → usage), where English tends to favor verbalization (put simply: German uses more nouns, and English uses more verbs), it is conventional in German to use prepositions to link a noun. These syntactic constructions seem incomplete and stilted when translated into English word-for-word, however. In English, a verb is needed to ensure the coherence and flow of the sentence. In this article we will discuss three strategies for translating prepositions in German-to-English translations: the addition of a past or present participle, and the use an infinitive.

A participle is a verb form that acts as both a verb and an adjective or a noun in a sentence. When translating sentences like the ones below, we can add a past or present participle before the preposition as a logical link to the noun, so the sentence reads more clearly and idiomatically. This information is clearly implied in the German, but in order for the sentence to sound complete in English, it needs to be explicitly stated. Let’s take a closer look at a few examples!

Addition of the past participle

Example 1, English: The procedure described above applies to all documentation/review activities carried out in [the facility].

Example 2, English: The methods employed in nearly every case are roughly the same.

Example 4, English: This corroborates the results obtained from the last employee survey.

The past participle is used in the formation of the perfect tense, that is, something that is completed or has already happened. In the examples above we see that a past participle was added where the German relied solely on a preposition to link the noun to the rest of the sentence. If the participle were left out of these sentences, they would seem ambiguous and incomplete. Without the past participle “carried out” in example 1, the sentence would read as follows: “The procedure described above applies to all documentation/review activities in [the facility].” This could work if the sentence were about a physical object that is located in the facility, but as it is, it refers to something that is happening in the facility, and so the participle “carried out” functions to describe the activities, thus clarifying the meaning and completing the sentence. In example 3, we not only add a participle, but we actually omit the preposition altogether. To say “With reference to our letter dated from December 15, 2021” would be ungrammatical, because the preposition “from” indicates the introduction of a range of dates, or introduces the sender, neither of which is the meaning here; and “…dated on…” unnecessarily shifts the emphasis of the sentence onto the date, implying that the action of writing or printing the date on the letter took place on December 15, 2021. This is incongruent with the meaning of the German, which includes the date almost as an aside. These examples highlight the need to use a verb as a logical link when translating these types of constructions from German to English. They demonstrate how a more literal translation into English can leave the reader with a sense that something is missing, and how adding a preposition can fill the gap in the meaning and provide coherence.

Addition of the present participle

Example 1, English: A reporter speaking on the BBC’s European Service explained the significance of this event.

Example 2, English: There are flights flying to all parts of the world.

Example 3, English: Deciding to challenge herself, the entrepreneur identified specific risks she should take that would lead to personal growth.

Example 4, English: While there are many different types of cheeses, ranging from Brie to Parmesan, the majority falls under two categories: soft and hard.

In example 1, the present participle acts as an adjective by describing the reporter as the person currently doing the action. Without the participle “speaking” in the English translation, the exact meaning is unclear; it sounds like perhaps the reporter works for the BBC’s European Service, but not necessarily that the reporter is actively doing something. The addition of the present participle here clarifies that the reporter was speaking at the time that the statement was made. This addition makes the meaning more explicit and easier to comprehend, and the sentence flow smoothly. If we were to translate example 3 more literally as, “With the decision to challenge herself, the entrepreneur…” the sentence would not technically be incorrect, but such syntax is unconventional. The present participle “deciding” creates a more idiomatic construction that also encapsulates the meaning that the decision made was not a one-time thing, but that it is something ongoing; the entrepreneur did not stop wanting to improve. The fourth example demonstrates again that some part of the meaning is lost in English without the addition of a present participle. The preposition “from” here is insufficient to indicate that what comes after it is a description of a variety of cheeses and would be better suited in a different context to prepare the reader for locational information, for example. But this sentence requires a present participle to explain that the two cheeses mentioned are not the only two that exist; rather, they are part of a larger range. We see in each of these examples how the present participle makes it clear to the reader that some action is ongoing; this element of the meaning would otherwise be vague.

Now that we have looked at the way participles can be used as a strategy when translating German prepositions, let’s also consider how infinitives can be used as syntactic links in the same way.

Use of the infinitive

Example 1, English: He sent me patterns to choose from.

Example 2, English: She shuddered to think of it.

Example 3, English: The ability to reason has a fundamental impact on the ability to learn from new information and experiences.

Example 4, English: Using infinitives can be immensely useful to ensure that the text is coherent.

Adding an infinitive in English can be another useful strategy for translating German prepositions. Again, the use of verbs in this way is much more common in English than the use of nouns, which is common in German. In some places, such as in example 1, the infinitive is used simply to ensure the sentence reads idiomatically. Saying, for example, “He sent me patterns for selection,” sounds clunky, whereas “He sent me patterns to choose from” sounds much more natural in English. Similarly, in example 2, the noun needs to be changed to a verb. Since the German has the word “daran” at the end of the sentence, which refers back to something, we have to make some adjustments to the parts of speech in order to carry over the meaning. In English, it might be acceptable to say, “She shuddered at the thought,” but “She shuddered at the thought of it” is not nearly as idiomatic as “She shuddered to think of it.” It is helpful to see the value of translating these types of sentences with infinitives by thinking about how it sounds to translate more literally. In other places, such as in example 3, using an infinitive not only makes the sentence sound better, it is also needed in order for the sentence to be correct. We see that we cannot translate this sentence literally and still maintain proper grammar. For example, “The ability to logical thought…” is incomplete, clunky, and ungrammatical; adding the infinitive “to reason” clarifies the meaning of the German.

While the strategies illustrated in this article do not constitute an exhaustive list, they do provide some beneficial options for handling challenges that German-to-English translators commonly face. The addition of a past or present participle and the use of an infinitive as syntactic links are strategies that are sometimes overlooked, but as we have seen in these examples, they can be immensely useful to ensure that the text is coherent and reads smoothly. Consciously analyzing these kinds of challenges from a linguistic perspective and internalizing the available solutions only adds to a translator’s repertoire. There’s always more to learn!

Read more about our approach to translation in these articles.